What does PTM mean?

Cells need to detect and react to changes in internal and external conditions. One method used to adjust to these changes is chemically modifying proteins. Conditional chemical changes are relayed from sensors to effectors via reversible post-translational modifications (PTMs) of proteins. PTMs play an important part in modifying the end product of expression, contribute to biological processes and diseased conditions, playing a key role in many cellular processes such as cellular differentiation (1), protein degradation, signaling and regulatory processes, regulation of gene expression, and protein-protein interactions (2,3).

PTMs can happen at any step of the protein lifespan. Many proteins are modified shortly after translation is completed to mediate proper folding or to direct the nascent protein to distinct cellular locations (such as the nucleus or membrane). Other modifications occur after folding and localization are completed to activate or inactivate catalytic activity. Proteins are also covalently linked to tags that target a protein for degradation. They are modified through a combination of post-translational cleavage and the addition of functional groups through a step-wise mechanism of protein maturation or activation.

Where does post translational modification occur? PTMs occur at distinct amino acid side chains or peptide linkages and are most often mediated by enzymatic activity. Indeed, 5% of the proteome comprises enzymes that perform more than 200 types of PTMs (4). These enzymes include kinases, phosphatases, transferases, and ligases, which add or remove functional groups, proteins, lipids, or sugars to or from amino acid side chains, and proteases, which cleave peptide bonds to remove specific sequences or regulatory subunits. Many proteins can also modify themselves using autocatalytic domains, such as autokinase and autoprotolytic domains. PTMs can also be reversible based on the nature of the modification. As an example, phosphatases hydrolyze the phosphate group to remove it from the protein and reverse its biological activity (Figure 1). 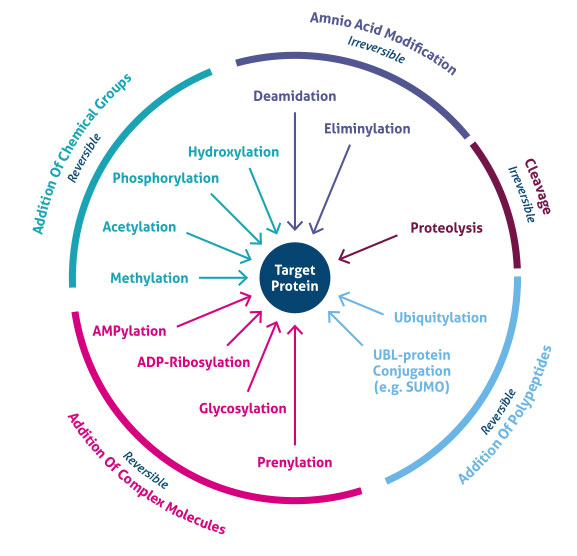 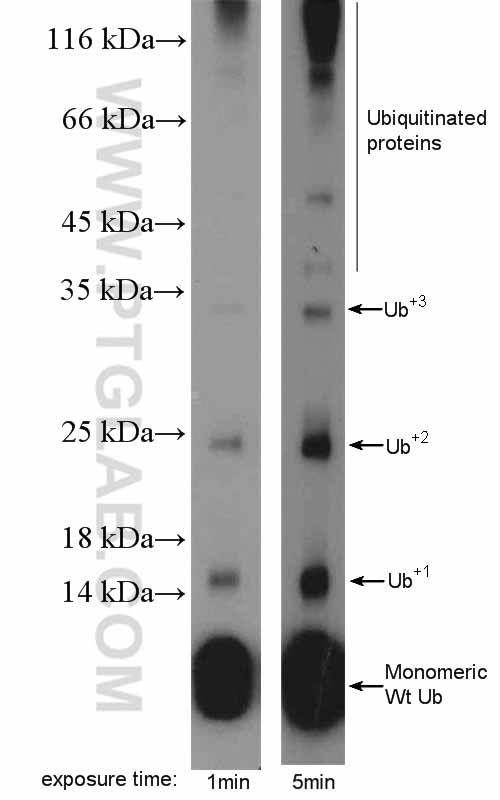 PTMs impact on health and disease

The analysis of proteins and their PTMs is particularly important for the study of heart disease, cancer, neurodegenerative diseases, and diabetes (7). The main challenges in studying post-translationally modified proteins are the development of specific detection and purification methods. Fortunately, these technical obstacles are being overcome with a variety of new and refined proteomics technologies.