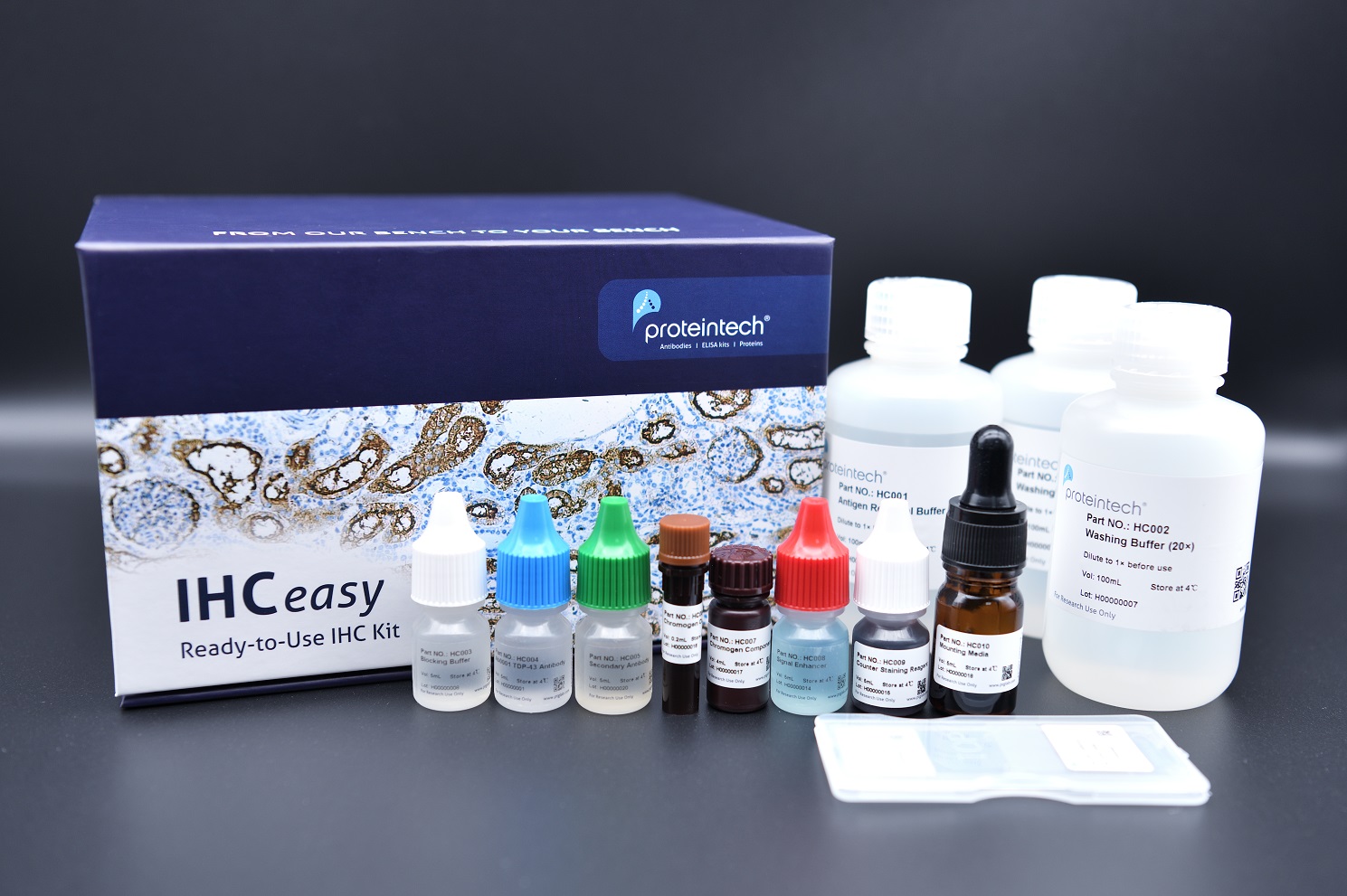 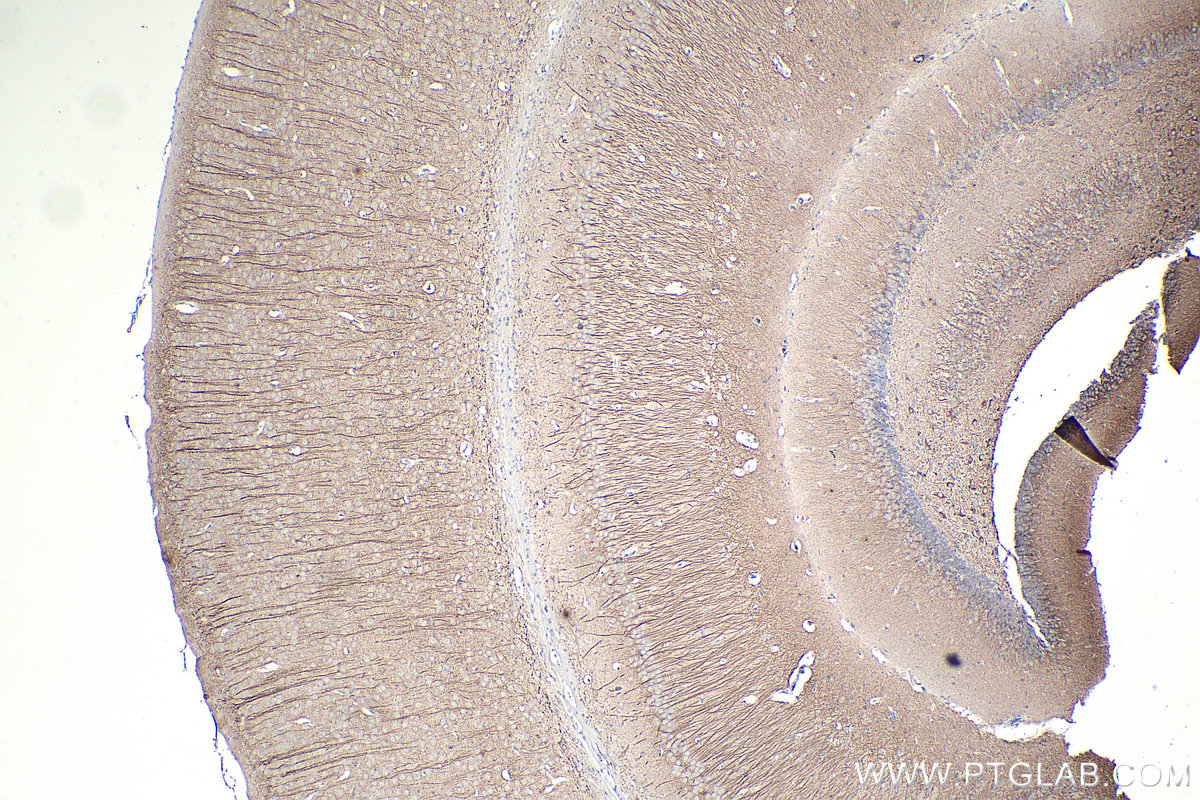 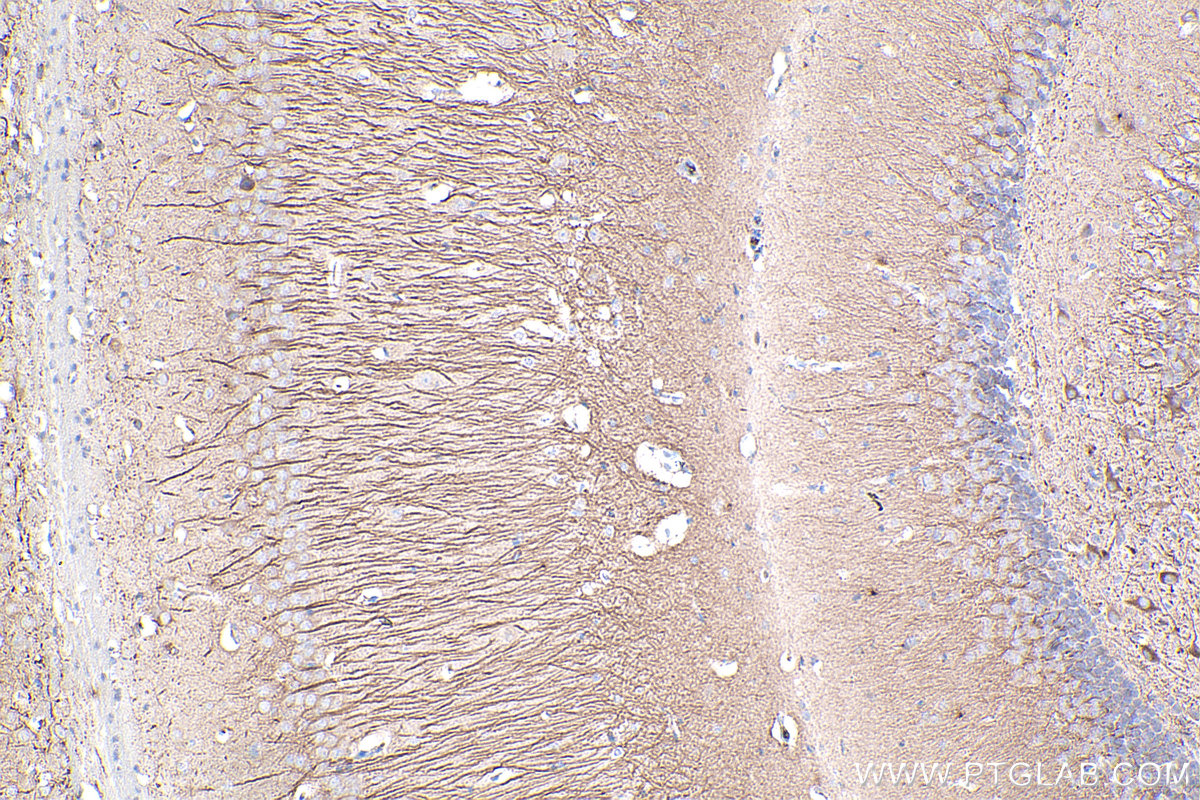 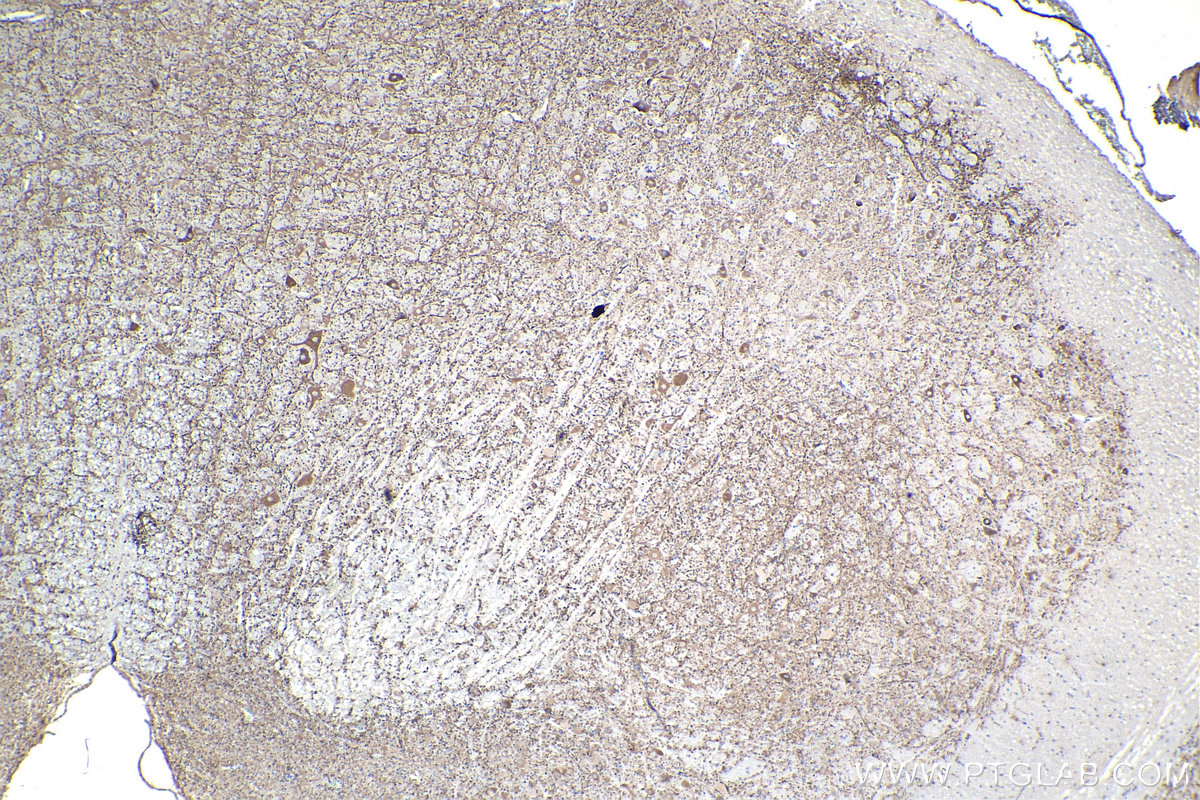 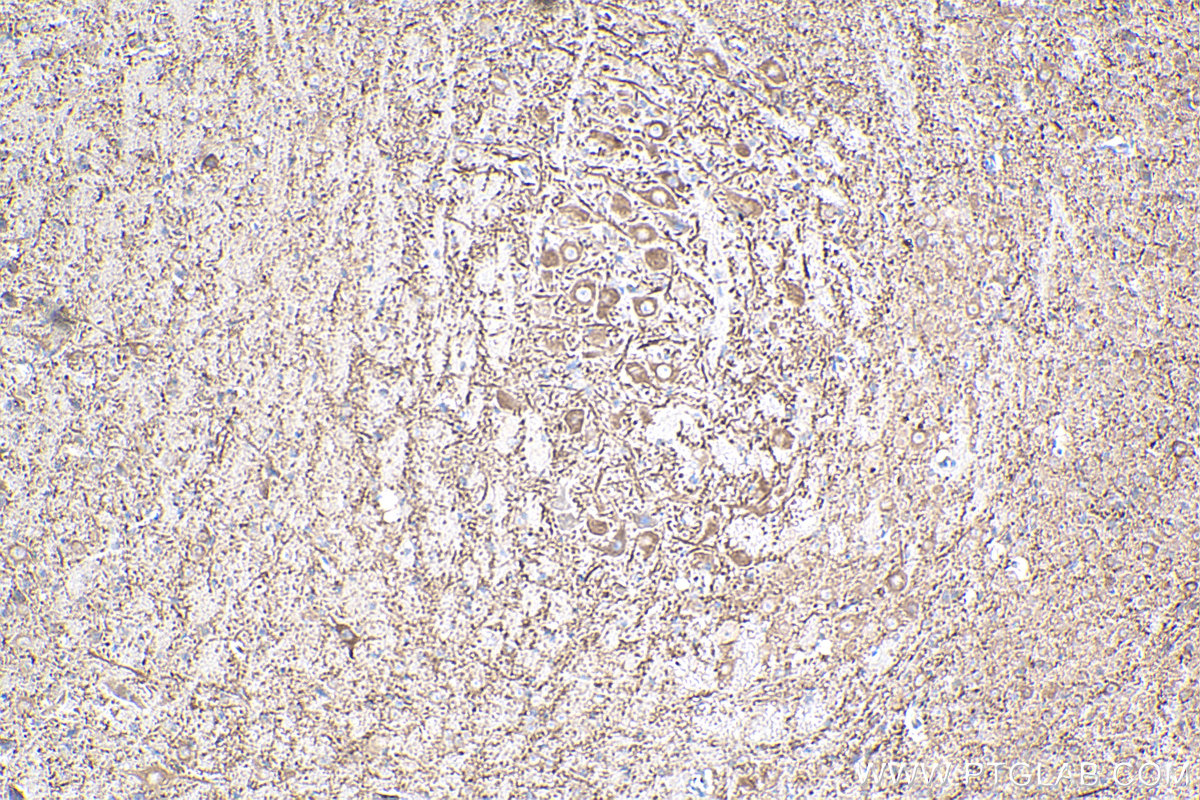 Product name:
IHCeasy MAP2 Ready-To-Use IHC Kit
Sample type:
FFPE tissue
Assay type:
Immunohistochemistry
Primary antibody type:
Mouse Monoclonal
Secondary antibody type:
Polymer-HRP-Goat anti-Mouse
Reactivity:
Human, rat, mouse
Description:
KHC0043 is a ready-to-use IHC kit for staining of MAP2. The kit provides all reagents, from antigen retrieval to cover slip mounting, that require little to no diluting or handling prior to use. Simply apply the reagents to your sample slide according to the protocol and you're steps away from obtaining high-quality IHC data.

Storage Instructions:
All the reagents are stored at 2-8°C. The kit is stable for 6 months from the date of receipt.
Synonyms:
MAP 2, MAP2, MAP2A, MAP2B, MAP2C
Kit components:

MAP2 (microtubule-associated protein 2) is a cytoskeleton protein abundant in brain and has important role in neuronal morphogenesis. Multiple high MW and low MW MAP2 isoforms are expressed within proximal segment of axons, dendrites, and cell bodies. The expression of MAP2 is regulated in both a tissue- and developmentally specific manner. The 280 kDa MAP2B is present throughout rat brain development, and the slightly larger MAP2A appears first during the end of the second week of postnatal life. MAP2C, composed of several bands of about 70 kDa, is present during early brain development, and largely disappears from the mature brain except for the retina, olfactory bulb, and cerebellum. In addition, some isoforms with lower MW around 50-60 kDa also exist. This kit can detect both high MW and low MW isoforms of MAP2.